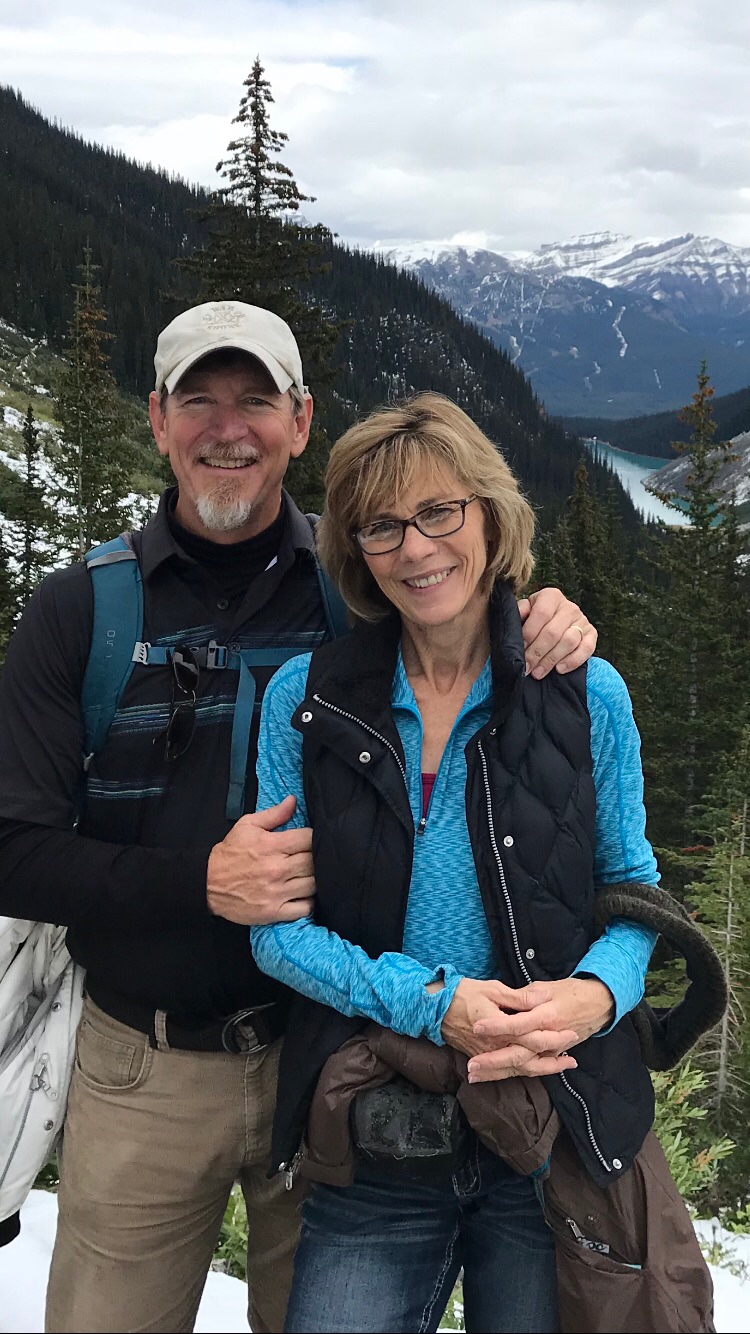 With deep concern for the health of Christian marriages, Nathan and Jane Phillips co-founded Battlefield Ministries, Inc. in 1996. Nathan and Jane counsel together and also lead marriage retreats nationally and internationally. They consistently accept the invitation to meet people in their darkest valleys and walk with them through that difficult place to help them find healing on the other side. Whether counseling together or individually, Nathan and Jane counsel from a psychodynamic perspective, incorporating Cognitive Behavior Theory and valuing Attachment Theory while integrating the spiritual component of the client’s need to glean a deeper understanding of himself or herself by engaging in the process of learning how to attend to the matters of their own heart in order that they can become the full, whole, healthy person God created and designed them to be so they may better navigate life.

Nathan and Jane were married in 1982. Both are Licensed Professional Counselors. Nathan is a graduate of Samford University, then later acquired his Masters Degree in Counseling from Georgia State University. Upon acquiring her Bachelor’s Degree in Music Education, also from Samford, Jane began working as a recreation therapist on a psychiatric unit in a hospital setting, using music as a treatment modality. Nathan and Jane spent 10 and 8 yrs, respectively, working at a wilderness-based residential treatment facility specializing in helping troubled teens.

Simply stated, Nathan and Jane are clinically sound, spiritually minded, and gifting oriented. They approach every session and each person from the position of being curious about what has them coming to counseling, what is their understanding regarding what is troubling them, what they are doing to deal with the those troubles, how their coping strategies serve to help or hinder them, where in their story have they experienced similar feelings, then identify and explore how all of the above serves to thwart the strength of who they are at the core of their being. This. This is what is at stake; the glory of the Creator moving unhindered in and through a full, whole, healthy person which then translates into their relationships.

Many times couples and families live in a developed pattern of speaking harsh, damaging words to one another. After creating an environment of safety, the Phillips’ help people slow down and be curious about what is happening in their own heart first, and then in the heart of their spouse or child. The Bible teaches that the power of life and death is in the tongue. Nathan and Jane guide people in learning how to speak life into their families as well as themselves. Their book, Relationships… 33 tools to help you navigate them well, clearly explains these principles and more.

Relationships… 33 tools to help you navigate them well: This simple relational tool guide is an easy read that presents powerful, practical insights you can put into practice immediately to make a difference in your most important relationships. 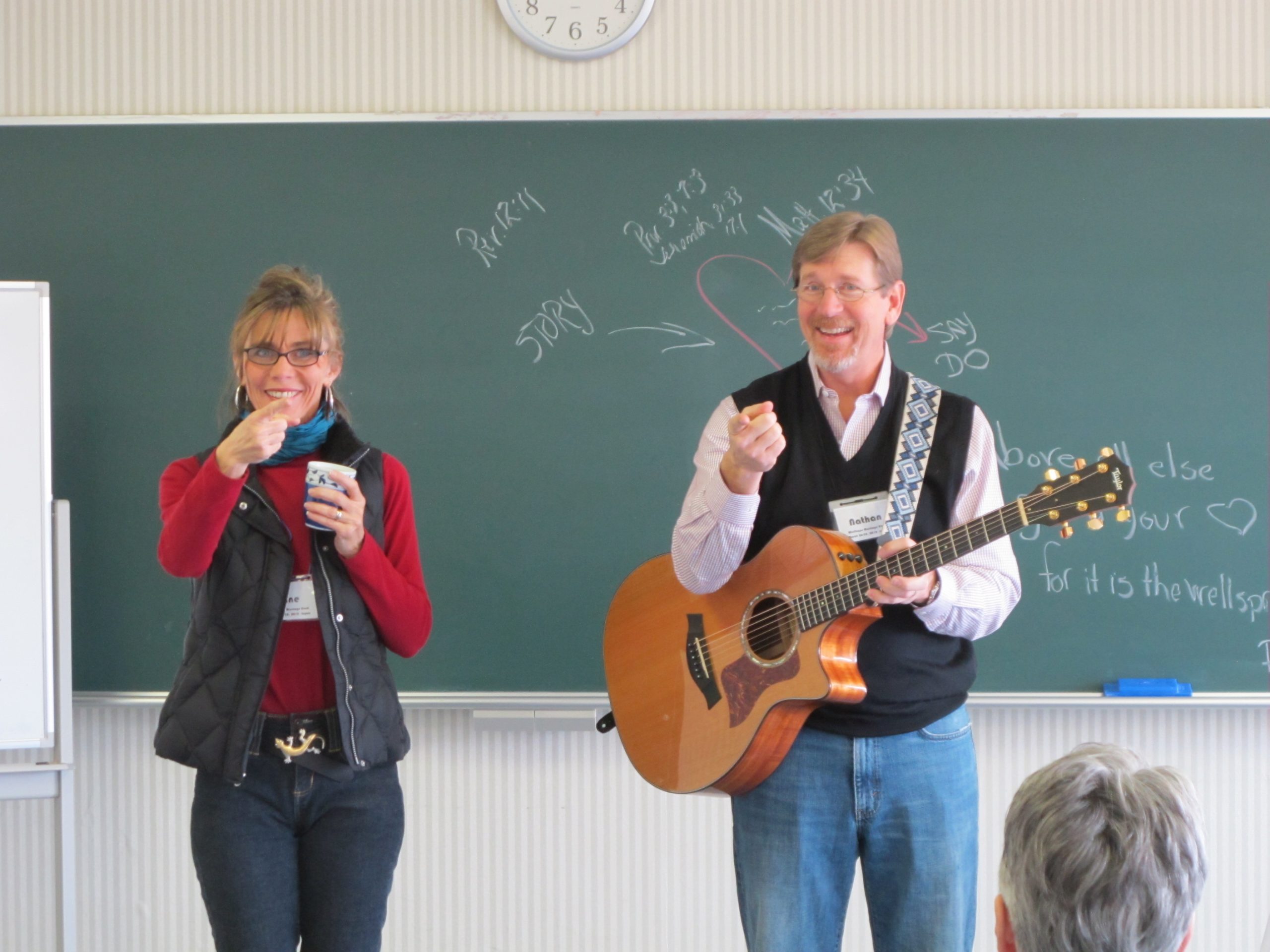 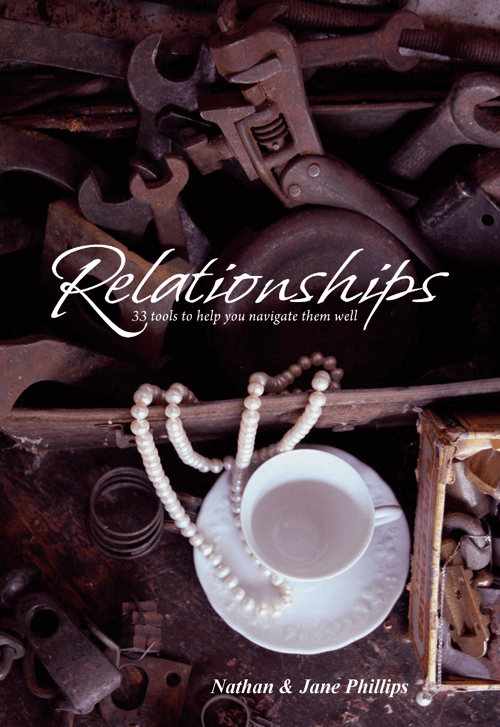 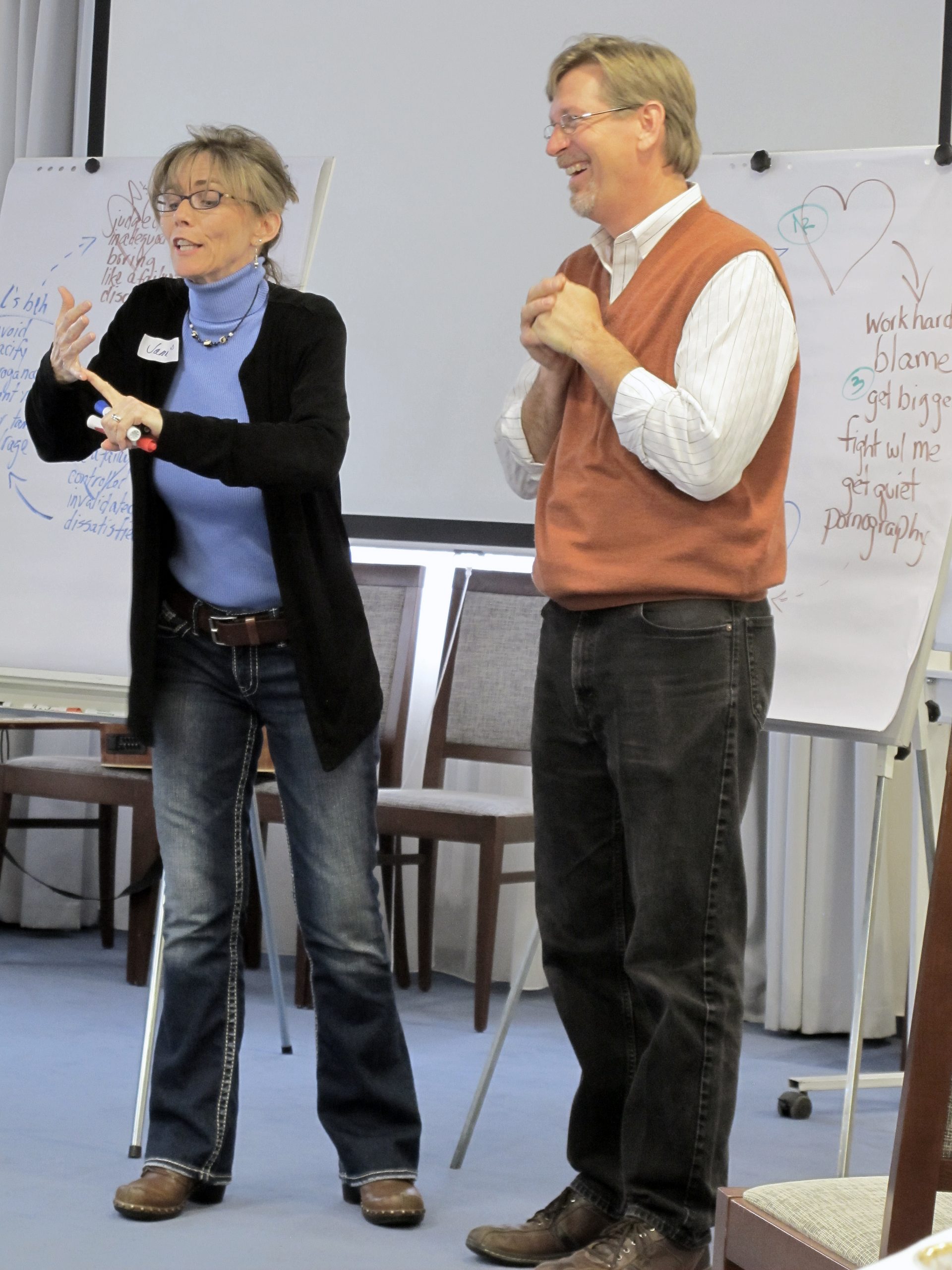 The development of Jane leading women’s events as a branch of Battlefield was more like the gentle unfolding of a thing that took shape rather than a dream she had or a goal to be achieved. In fact, what came to be counted on as a reliable source of spiritual refreshment for women started as Jane’s “Yes” to God asking her to offer her home as a place where college women could join her in studying the Bible together. This was her first group of women in Rome in whom she invested collectively. Pastor’s wives was the next group of women she cared for simply by hosting them in her home while sharing coffee, tea, and time in the Word. After several years of ministering to women in this way, as well as counseling women and couples in the office with Nathan, God made it clear that He wanted her to get what she did in the office out of the office. In just a few days God led Jane to ask a bright young woman if she would be interested in helping her pull off the task of offering a one-day women’s conference in Rome. This was the launching pad for Jane and Marsha Thompson to birth what became the “Come to” series. “Come to the Water…and be set FREE!” was the first one, followed by “Come to the Fireside…the Quiet…the Water #2… the Garden…Come and Be.”

Although each event or retreat is unique, the common thread is Jane and Marsha’s hope and heart for women to better know and value themselves as the intricately woven-together package God intentionally formed, on purpose, in her mother’s womb. Each one is precious, having much to offer, but often, because of her life experiences, feels that everyone else is doing just fine, while she is stuck, wondering what is wrong with her, and hoping there is more to her and more to life than what she is able to see. Jane and Marsha find it most satisfying to watch what an atmosphere of warmth, safety, worship, hot food, and bottomless coffee and teapots will do for a dry and thirsty land.

No one wants to leave.

You Are That Man and Nathan

When Nathan and Jane look back on their dating career while attending Samford University in Birmingham, Alabama, several key relationships which, in no uncertain terms, directed the course of their lives, stand out. One of those was Wayne and Judy Pender. Of all the conversations from hours of sitting at their faded yellow countertop, the most significant one is the life-changing discussion about the power of speaking Life. This became an essential part of their lives. It is a principle Nathan and Jane have walked in and taught for over 40 years now. God added six other principles to that of Speaking Life throughout those first years of dating, then marriage, and into first jobs. Upon their acceptance of the position of dorm parents in a boarding school for the children of missionaries in Zaire, Africa, Nathan was impressed to ask the Lord what He had for him outside the known job description. God’s answer was, “I am going to teach you about discipline.” As a part of that, Nathan started reading through Psalms and Proverbs every month. After 12 or 15 times, and particularly in Proverbs, God revealed different nuggets that were tailor-made to address the frustrations he had experienced in his life up to that point. They so well spoke to the deficits and longings of his heart that he began collecting the ones that captured the man he wanted to be. This developed into a pattern of Nathan speaking Life on himself; the dream of the man he would like to be wrapped up in the truth of Scripture.

Nathan shares, “One morning as I was speaking these truths out loud, Jane walked through the living room. Painfully aware that the statements I was proclaiming were not true, I lowered my voice until she walked by and into the next room. Jane had several choices at this moment. Since she knew my statements were not true, she could have scoffed something like, ‘Uhh…In your dreams, buddy!’ or clearly stated, ‘Nathan, that is so not true.’ But instead, she told me later that even though my words were untrue, she recognized the head of her household trying to do something different. She says that she could see I was uncomfortable and wanted to offer some sort of response that supported me rather than discouraged me. She kept walking as she tossed over her shoulder, ‘I support you, Baby.’ 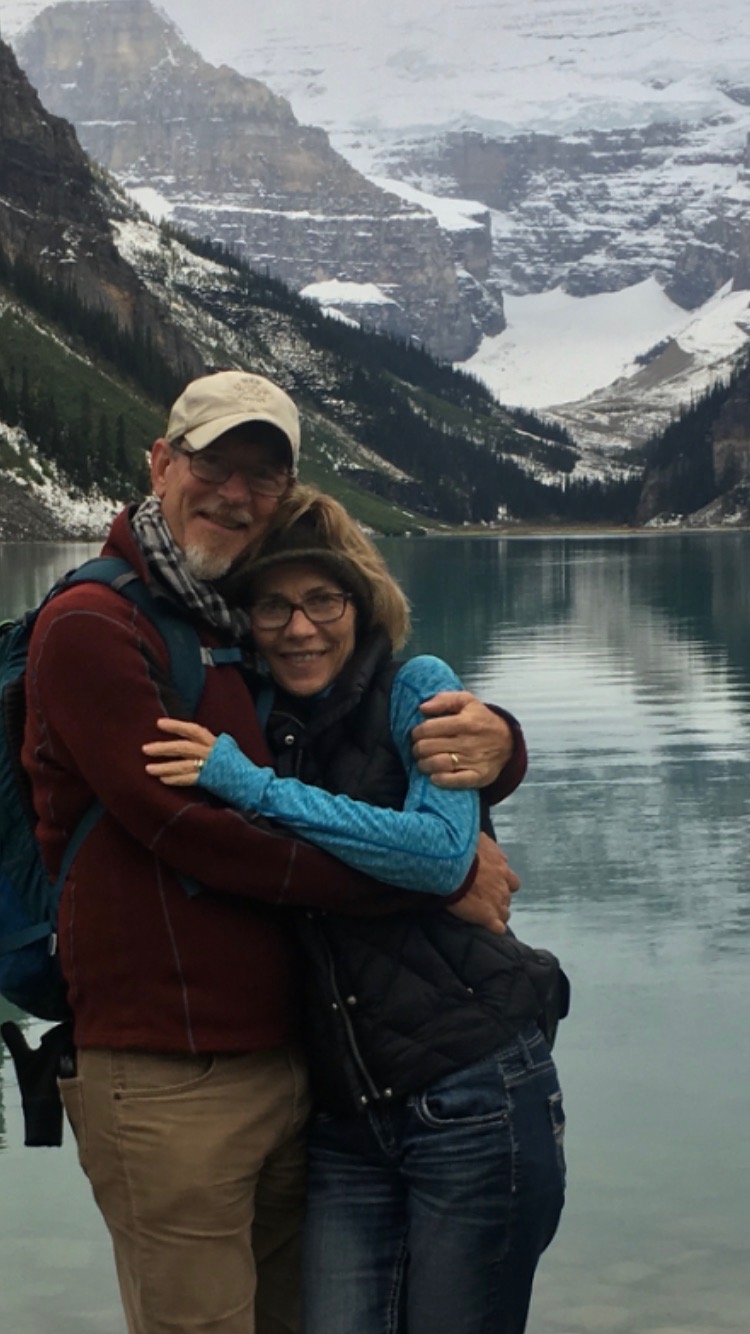 “Embarrassment was replaced by hope and encouragement.
I continued to inculcate Scripture that supported me in pursuing God’s help in developing me, transforming me into the man I desperately wanted to become. Three years later found me continuing to declare those same Life statements, along with others I had accumulated. Then Jane walked through the room. This time however, I did not lower my voice. The scenario was familiar. It had become our morning routine. But this particular morning when Jane passed through and went into the kitchen, I paused. And in the kitchen Jane had paused. She poked her head back into the living room, we locked eyes, and at the very same time, we BOTH said, ‘I am/You are that man.’ Our words hung in the air. We were practically frozen, mesmerized by the truth of my words. The statements that had been lies (but hopeful lies) had become my and our reality. I was the man I had hoped to become. Certainly the Word of God is indeed, living, breathing, and transforming. The power of Life and death is in the tongue. And as a man thinketh in his heart, so is he. I am a testimony of this.”

One of the men in Nathan’s life, Brian Tuten, is also a dear friend. So dear is he, that they agreed to travel the miles to meet somewhere between the two of them (GA and AZ) for the purpose of doing some sort of wilderness adventure together every year. On their way home from their first adventure, kayaking on the Cascada Micos in Mexico, they were processing this life-changing experience. The more they talked, the more they were moved to inviting a few men who might take to heart the indescribable opportunity to identify and begin to shape their own dream of what kind of man he would want to be.

So now, all these years later, Nathan and Brian have led numerous great adventures, all to the point of getting a small group of men together, in the wilderness, with an emphasis that is distinctly Christian, intentionally relational, and decidedly adventurous.

Nathan summarizes, “You Are That Man is essentially the manifestation of what God called me to, which resulted in my sharing it in the context of meaningful relationships. We call ourselves… the King’s Men.”